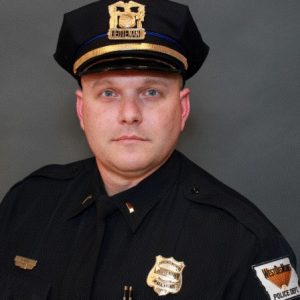 Treasurer
E-mail: brent@iowacops.org
Brent Kock started his career in law enforcement in 2000 and all 18 years of service have been with the West Des Moines Police Department. Brent spent nearly 13 years on midnight patrol before being promoted to the rank of Sergeant. As a Sergeant, Brent spent time on midnight patrol, supervised the Training and Emergency Management Unit and the Criminal Investigations Unit. In January 2018, Brent was promoted to the rank of Lieutenant and currently oversees the Support Services Division of the West Des Moines Police Department. During his time with the West Des Moines Police Department, Brent served as a K9 handler, Operator and Team Leader with the tactical team and organized the Cops N’ Bobbers Fishing Derby that will reach its 20th Anniversary in June 2019. Brent joined Iowa C.O.P.S. in 2018 as a trustee and currently serves as treasurer. Brent attended Simpson College and earned his Bachelor’s degree in Environmental Science and Secondary Education and later returned to Simpson College to earn his Master’s Degree in Criminal Justice. Brent became a Trustee on the Iowa C.O.P.S. Board in 2018 in an attempt to give back to an organization that was established to provide immediate and ongoing support to family, friends and co-workers who have had to endure a line of duty death. Nothing will fill the pain and void created by a line of duty death, but knowing people are there to help others through the tough times is invaluable.