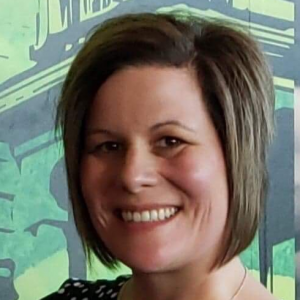 Vice President
E-mail: zoe@iowacops.org
Zoe Beminio is the surviving spouse of Des Moines Police Sergeant Anthony (Tony) Beminio. Tony was killed in the line of duty in the early morning of November 2, 2016. Zoe became aware of Iowa C.O.P.S. and the mission of the organization after attending the 2015 Black and Blue Ball. Although she knew what Iowa C.O.P.S. stood for, she did not truly understand support they provided until her husband's death. The Iowa C.O.P.S. funeral response team stepped in and assisted Zoe and her family to ensure that her husband was honored for his commitment and sacrifice. Iowa C.O.P.S. also assisted Zoe and her family with attending National Police Week in Washington, DC where Tony was honored nationally. Zoe is currently serving as a trustee but previously served as Vice President of the Iowa C.O.P.S. Chapter.