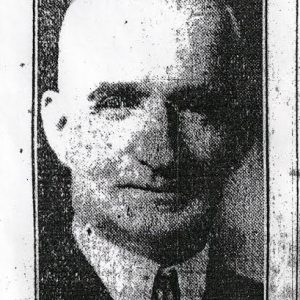 Sheriff William Sweet and Marshal Aaron Bailey, of the Washington Police Department, were shot and killed after arresting a man wanted for stealing a car in Ottumwa.

The men had spotted the stolen car and stopped it near the city of Washington. They arrested the driver and took him to the county courthouse. When Sheriff Sweet began to the search the suspect, the man suddenly produced a .38 caliber revolver and opened fire, striking Marshal Bailey twice and Sheriff Sweet three times.

Another policeman, who the officers had picked up while en route to the courthouse, exchanged shots with the suspect but did not hit him.

The suspect fled the scene and remained at large for four years. On January 6, 1934, the suspect, along with several other criminals, was shot and killed in Illinois by members of the Chicago Police Department. The man was suspected to be an associate of the Barker-Karpis Gang and responsible for several other murders (including police killings) and other crimes.

Sheriff Sweet had served with the agency for 9 years. He had been appointed as sheriff only 7 months earlier after the former sheriff resigned. He was survived by his two sons.